Our show jumpers were Jessie Cormack, Richard Cook, Meg Diston, Phoebe Smith and Lottie Gilderson. They did a great job winning the 70cm with every rider jumping clear, they also had good results in the 80cm and 90cm classes just being out of the placings.
The dressage team, consisting of Jessie Cormack, Holly Humphrey and Lottie Gilderson also did really well in the Prelim 14 team test with good scores all round, and our two riders in the grassroots competition were both placed, 1st, Grace Allen and 2nd, Flo Harkness,  both qualifying for the regional finals. Big well done to all of them for the effort and commitment that they all showed supporting their team and school.

It was a rainy day with an early start as the class started at 8:00 am. The first member of the team to go was Phoebe S. with her pony Bart Bonamy, they finished with a clear {zero faults} and a time of 33.85 seconds. Second to go was Megan D. and her pony Brock Bright Dream, who had a time of 28.20 seconds with zero faults. Next to go was Richard C. and his pony Oscar, they finished the course with zero faults and his time was 36.16 seconds. Last to go for Bredon Hill Academy was Jessie C. and her pony Portmore Peanut, they also finished the course on a clear and a great time of 36.97 seconds. 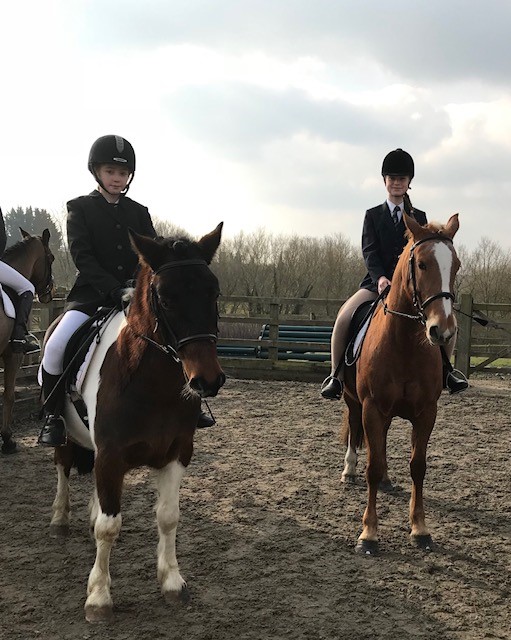